Apsley nursery is in a prime location, very close to the train station and local shops. We have a large driveway for parents and carers to use when dropping off and collecting their children.

Apsley nursery consists of four different rooms over two floors, these are a Baby room with a large play area, a separate sleep room, and a garden area to which the babies have direct access throughout the day (dependent on the weather). The Toddler room has a large role play area, a soft play train and rows of books for the children to explore. The Pre- School room has a small world table that can be used for imagination play, a selection of arts and crafts resources to encourage mark making and access to the garden area through a door in the room. The Classroom has all areas set up covering the EYFS. A fun science area, separate role playroom and an area for making marks and writing.

There are two gardens at Apsley, both with astroturf lawn, one is used solely by the babies, and the other larger garden is used by the other rooms at separate times.

We are also lucky to have a buggy park to store buggies in throughout the day.

Like all of our nurseries, the children’s safety is our top priority including our perimeter CCTV coverage and double-locked doors. There are also numerous safety gates throughout the premises, inside and outdoors.

Our baby room is a large space for the babies to roam and explore. The soft floor throughout is great for crawling as well as for when the children are learning to walk around.

There is always a range of different toys to engage and support the children with their development.

We work with parents to support the child’s routine from home and to settle them into a nursery routine. Within this room, there is a separate sleep room allowing the children to rest when needed.

Our toddler room is a lovely big space that contains an area of soft flooring for playing on and participating in tabletop activities.

In this room, the children learn to express themselves and build on their independence by choosing their own toys to play with throughout the day.

Within this room, we have facilities for nappy changing as well as toilet training.

Within our Pre-school room, the focus is to continue building on the children’s independence whilst having lots of fun.

There is a large book corner for the children to enjoy reading their own stories or being read to by one of our caring practitioners.

The Pre-school children also love being able to explore and use their imaginations within the role-play area.

Our classroom is the room the children will be in before starting school. Within this room, there is a strong focus on supporting the children with their independence as well as ensuring they are ready for the transition from nursery to school.

We work with the local schools in the area to encourage the children to be school-ready by the time they leave us. This includes children taking part in activities such as dressing themselves ready for playing outside, writing their names and strengthening those listening skills.

In our classroom, the children have access to an interactive table that has strong links to the early years’ foundation stage, which is a document that supports the children from birth until their first year in reception.

We have two separate gardens in our Apsley setting. One of the gardens is used solely by the babies. This area has artificial grass throughout and is next to the baby room, allowing access throughout the day (weather dependent!).

The main garden is used by the other rooms and also has artificial grass throughout. There is a range of activities and play equipment to support the children’s physical development. 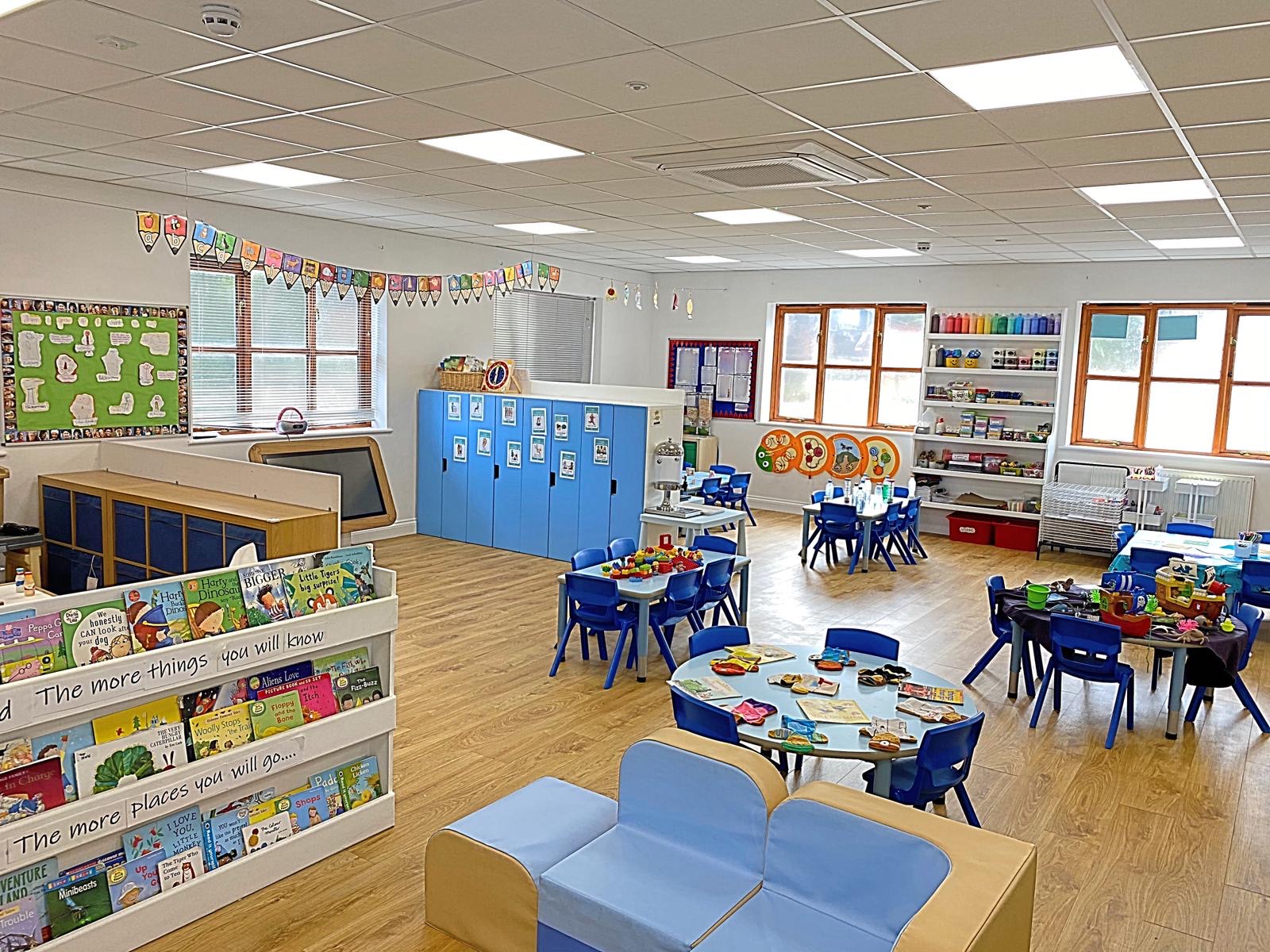 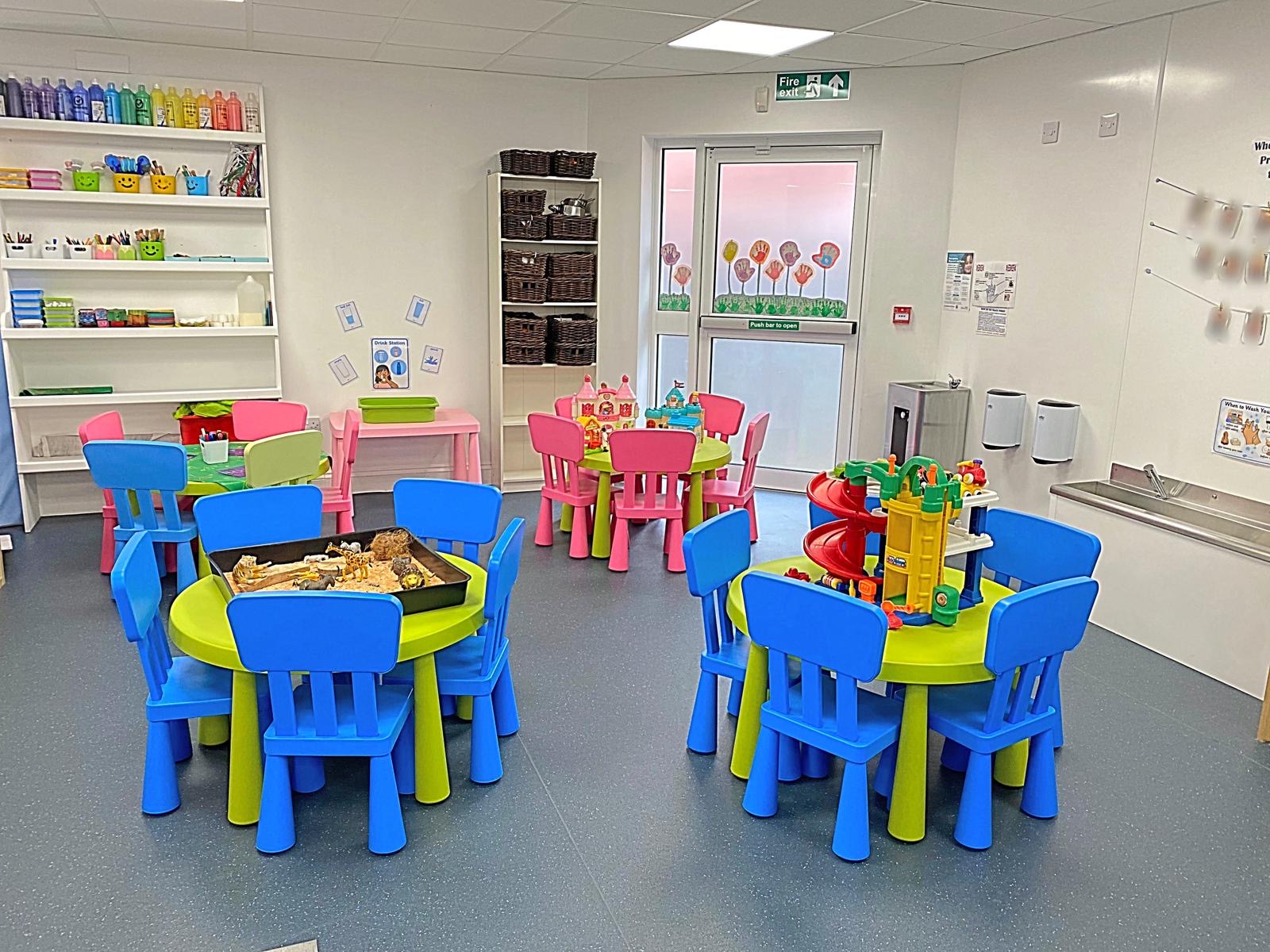 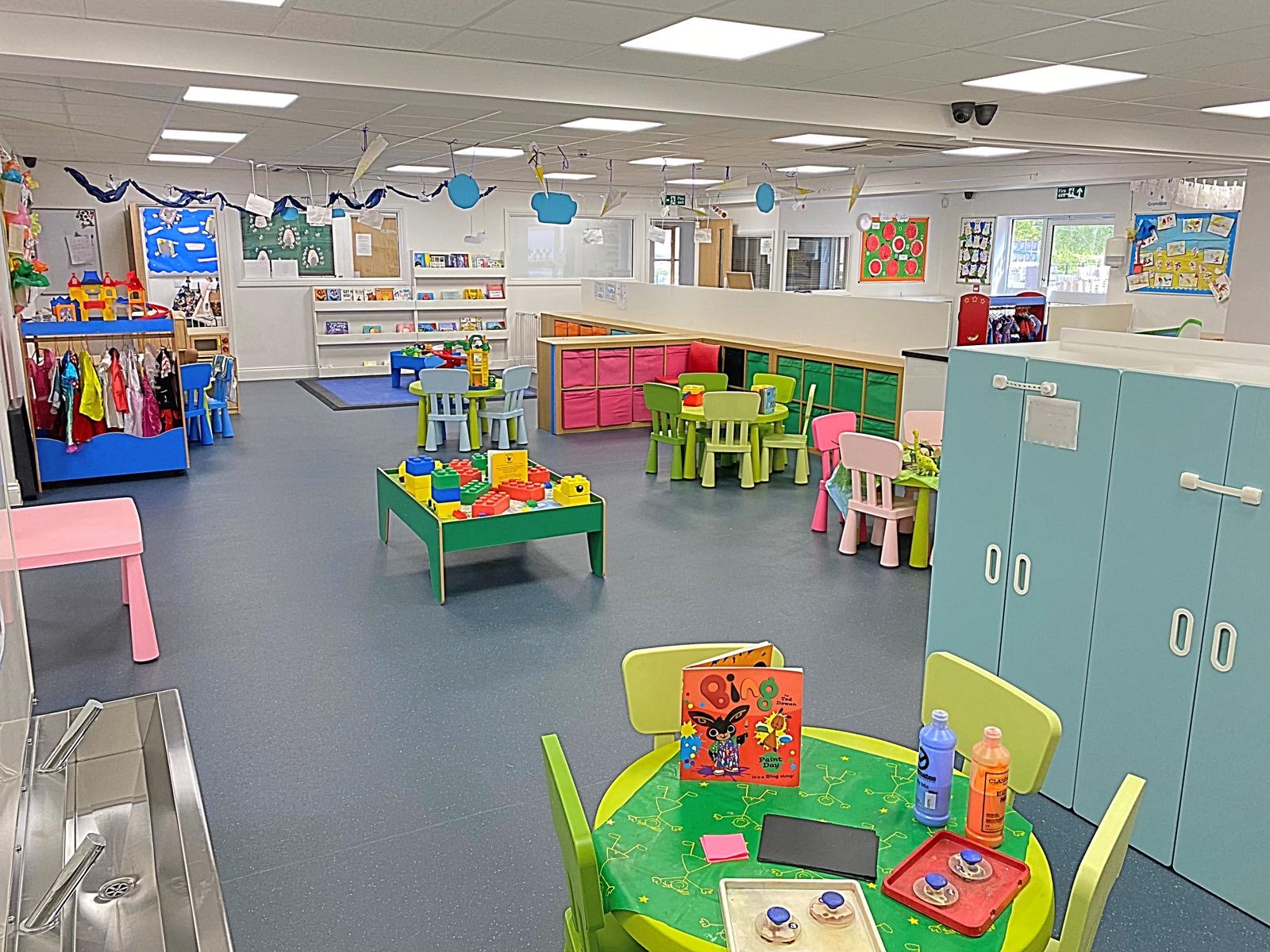 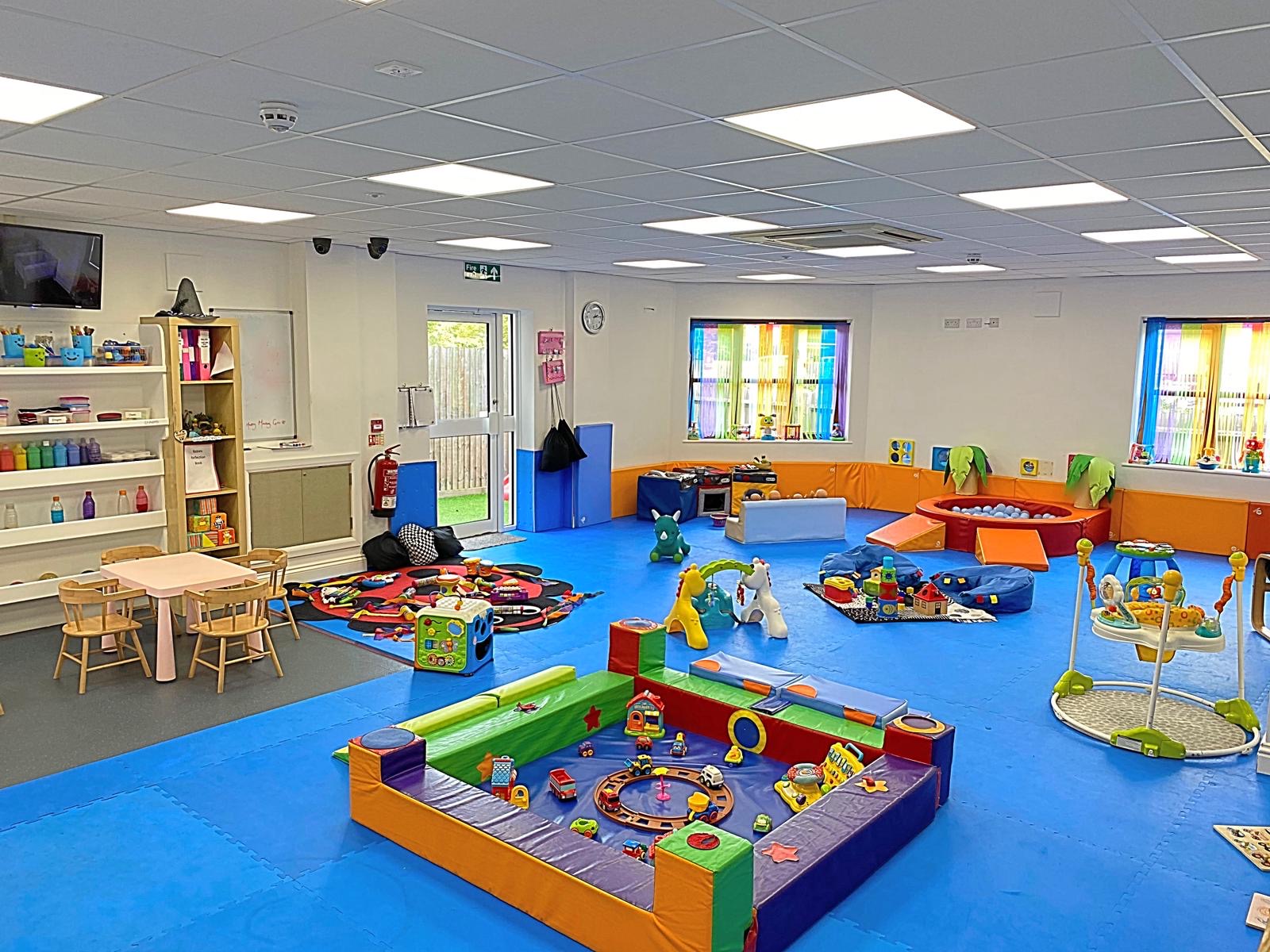 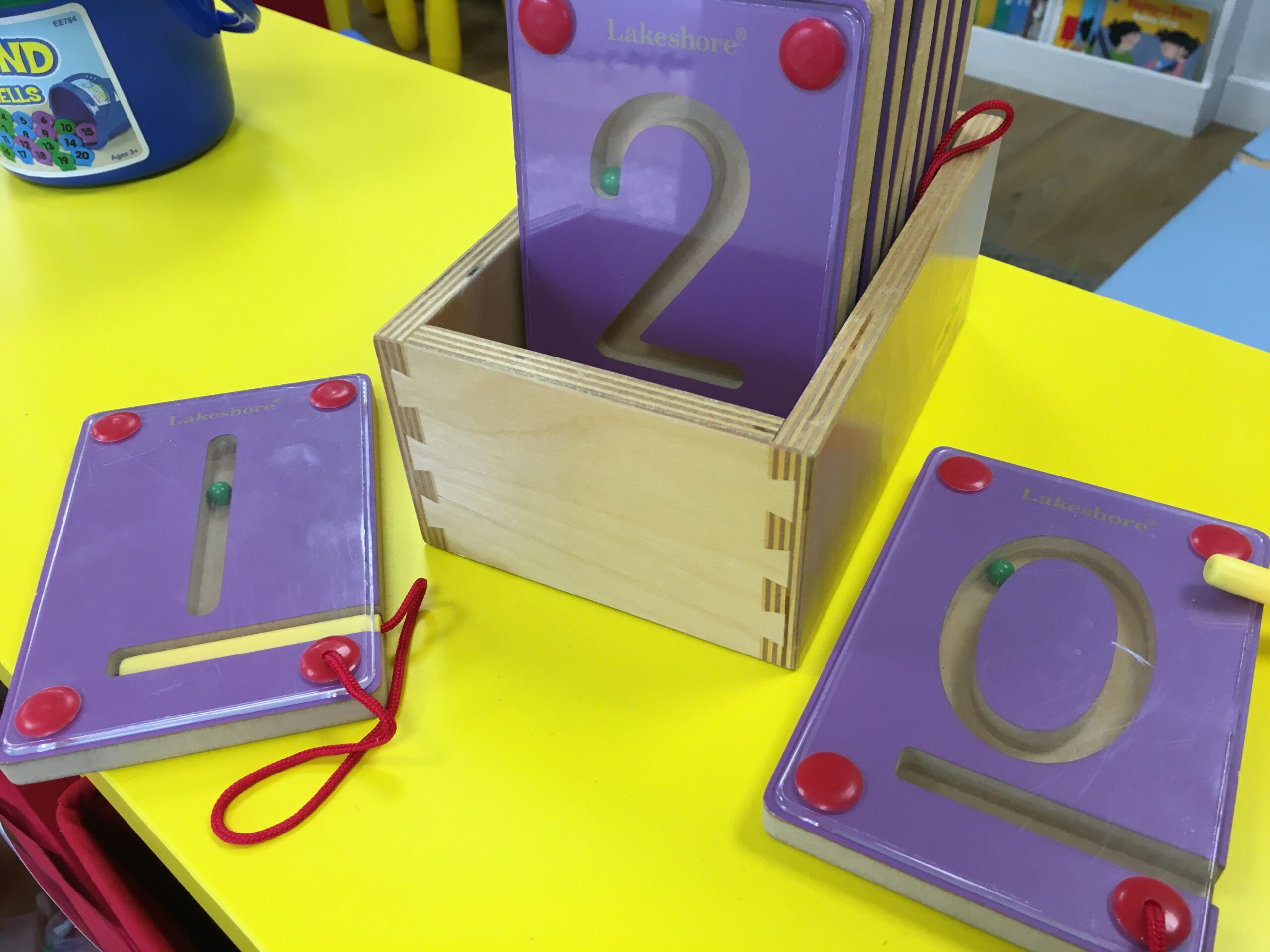 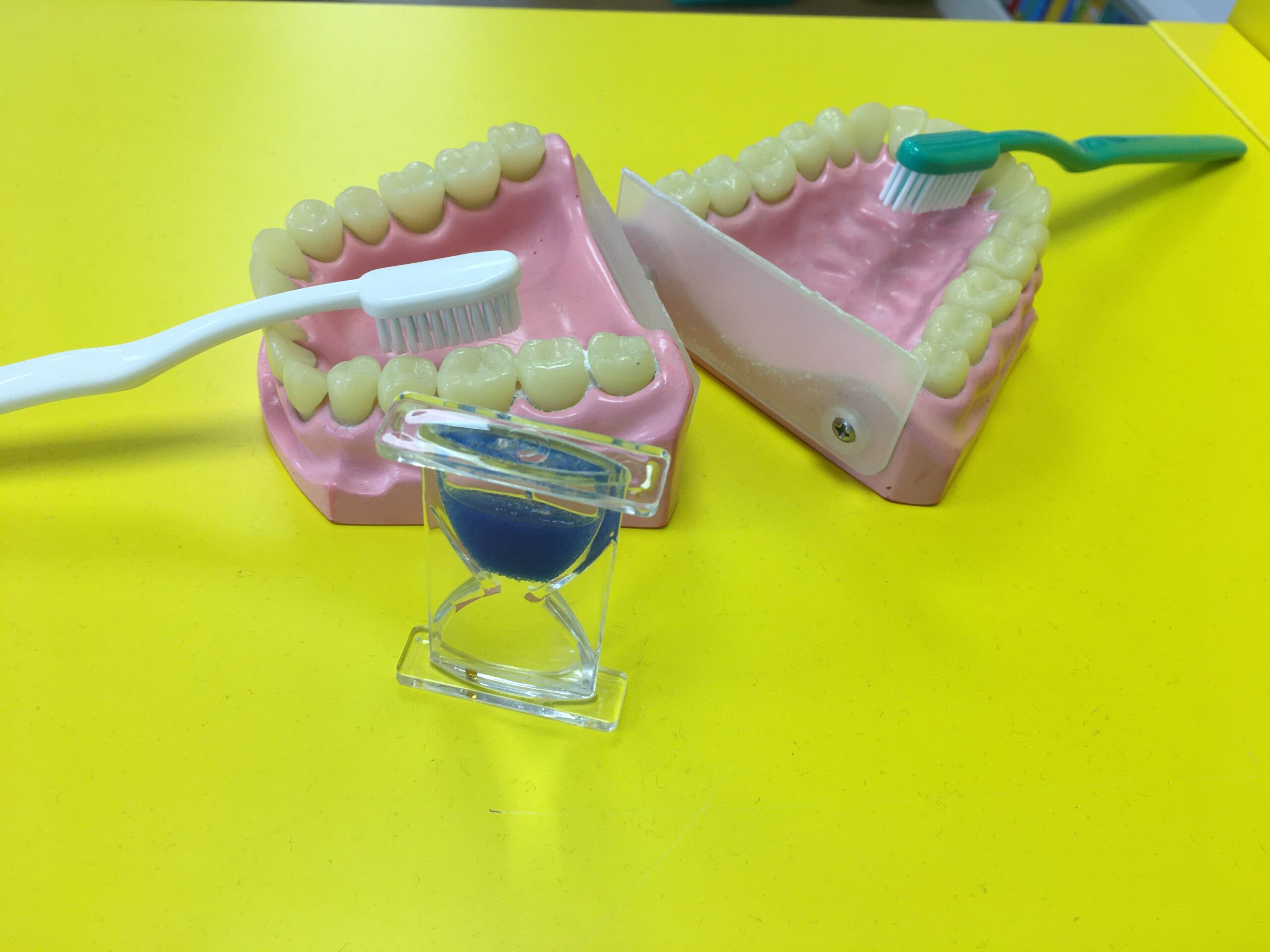 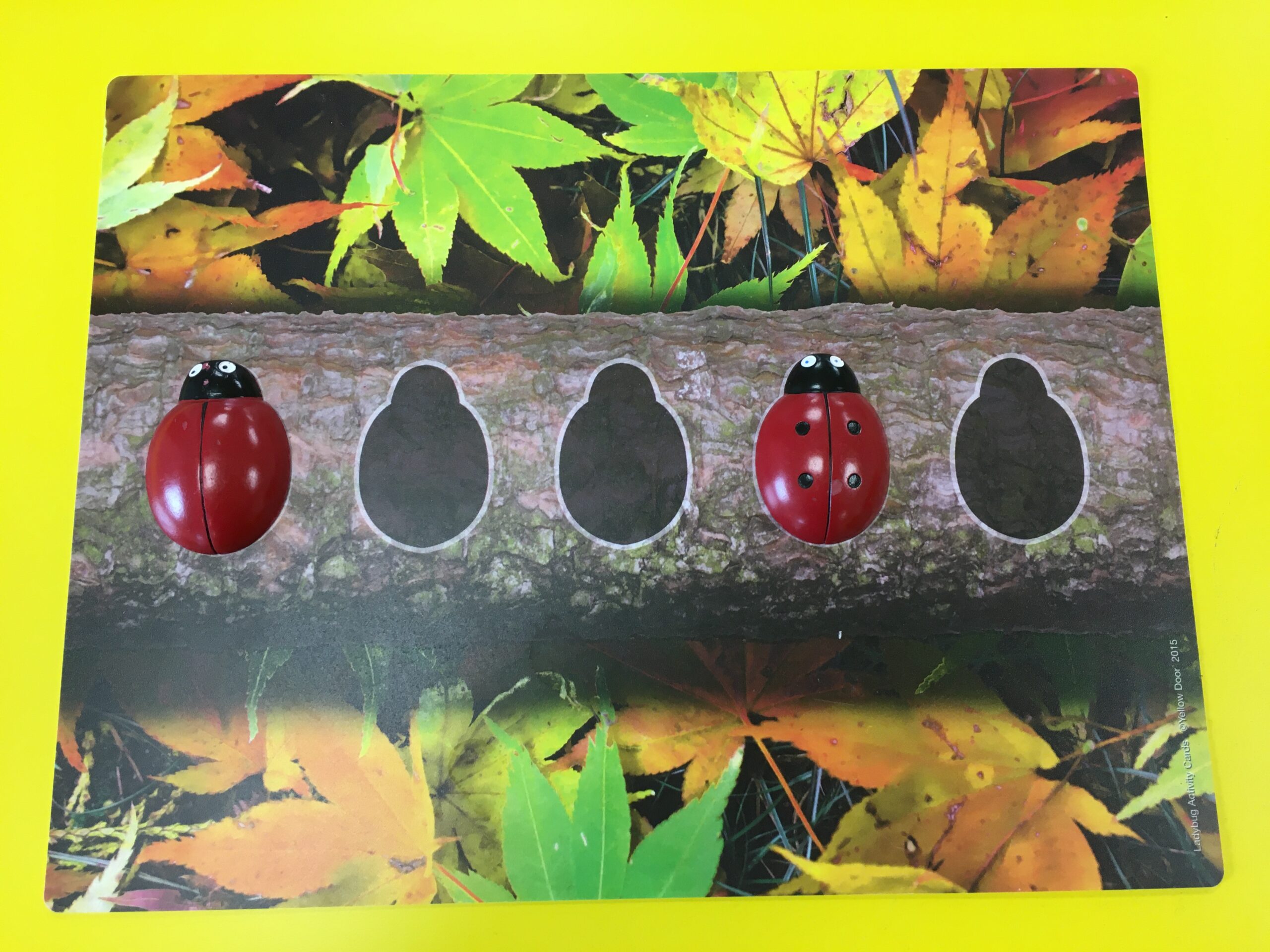 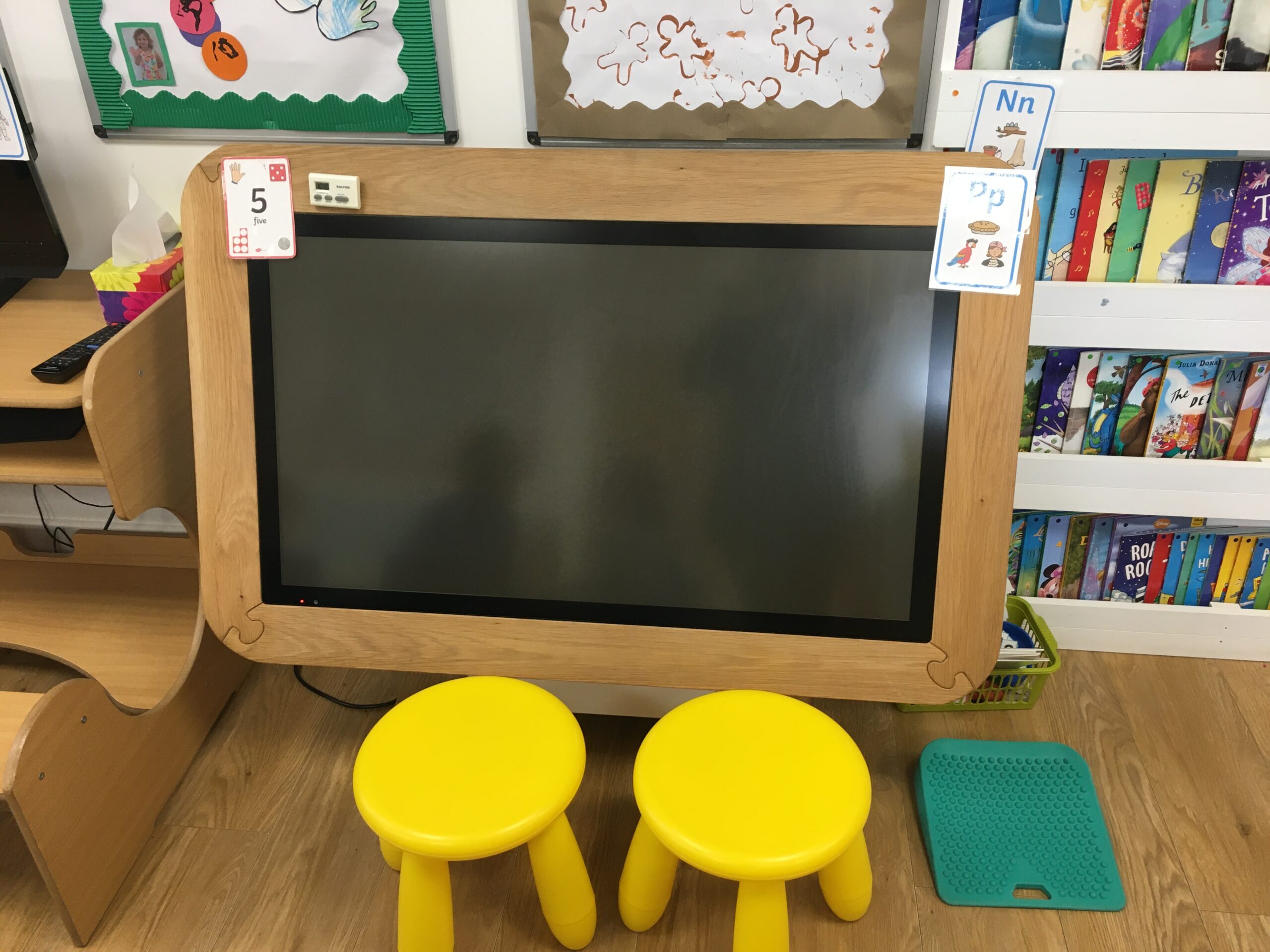 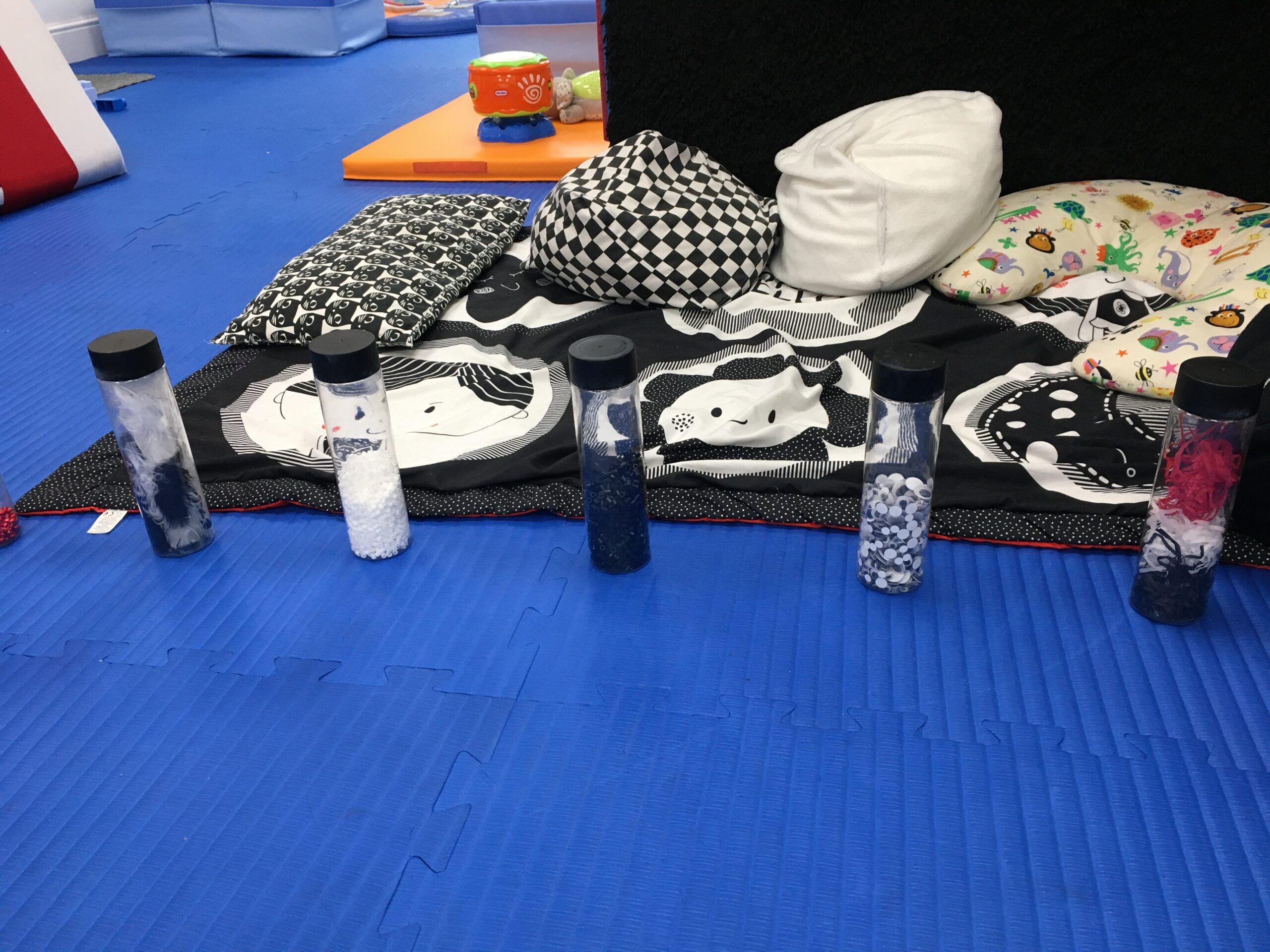 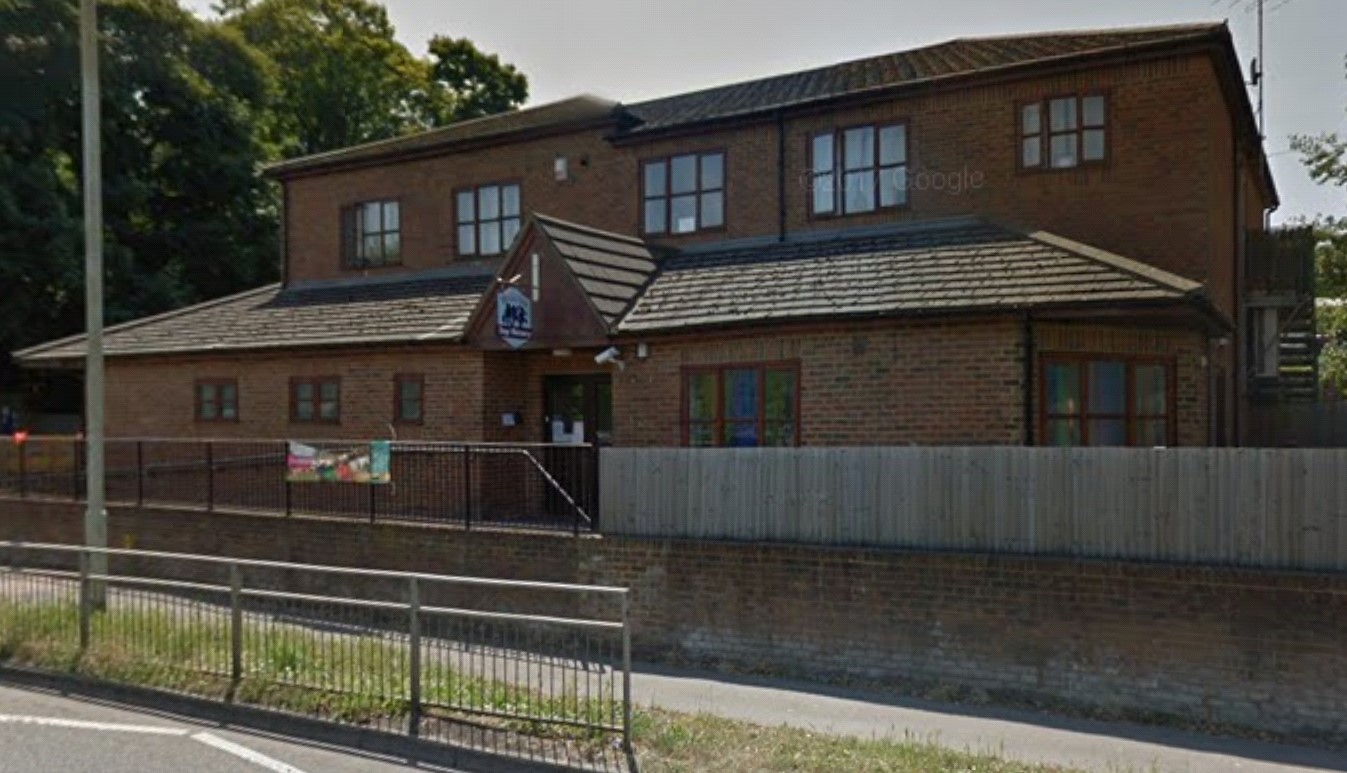 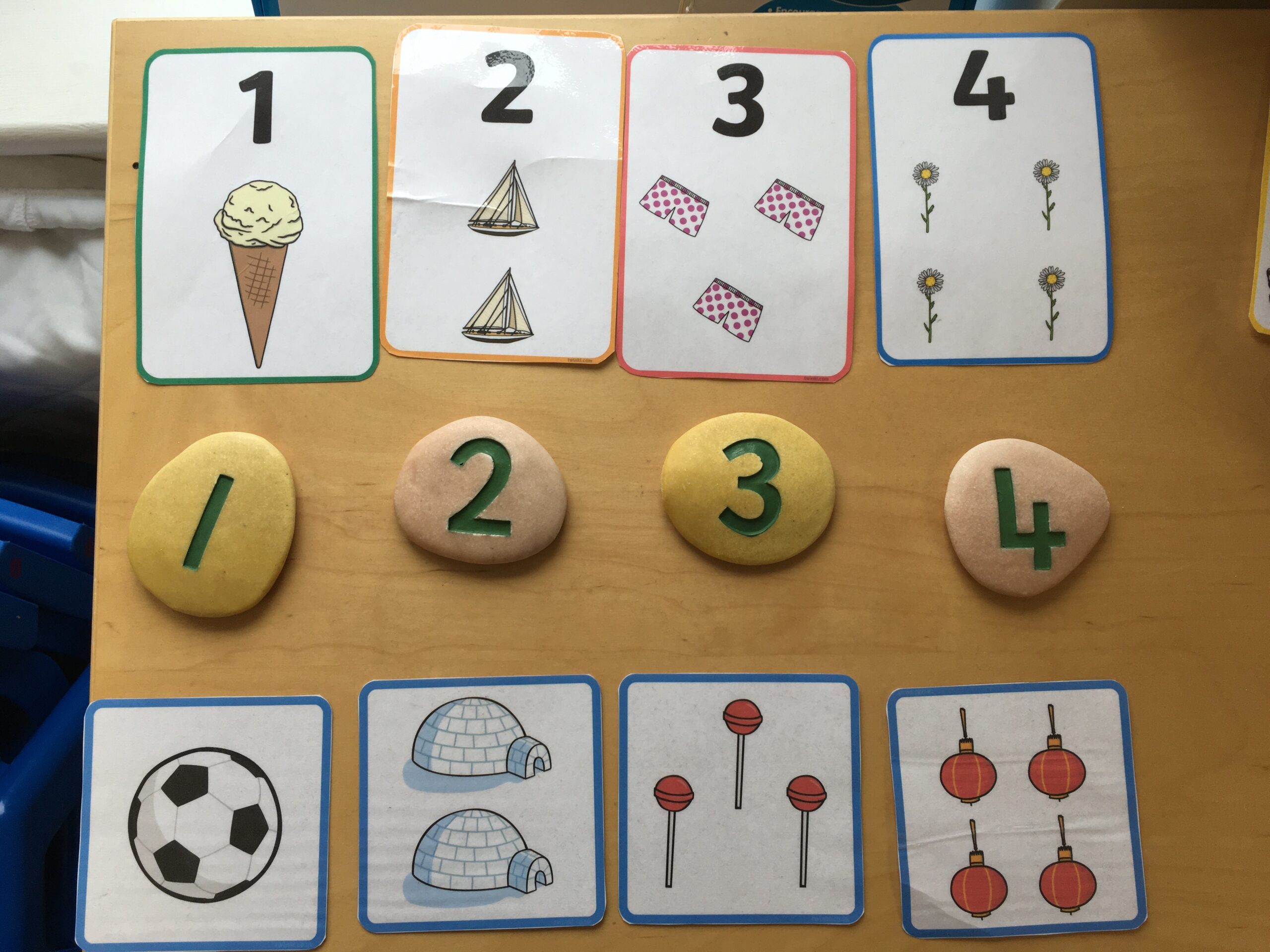 We have a few options with our Apsley nursery. It’s a 10 hour day which starts at 08:00 and ends at 18:00 which can be a full day or we also offer half days (5 hour morning or 5 hour afternoon).
There is also the option for an earlier start at 07.30 and then also the option for a later finish at 18.30.
We accept 3-year-old funding.
Click below to see our fee’s with a full breakdown depending on the number of days you prefer.
Learn More